wonder how many Navara owners from back then, still have their rigs! 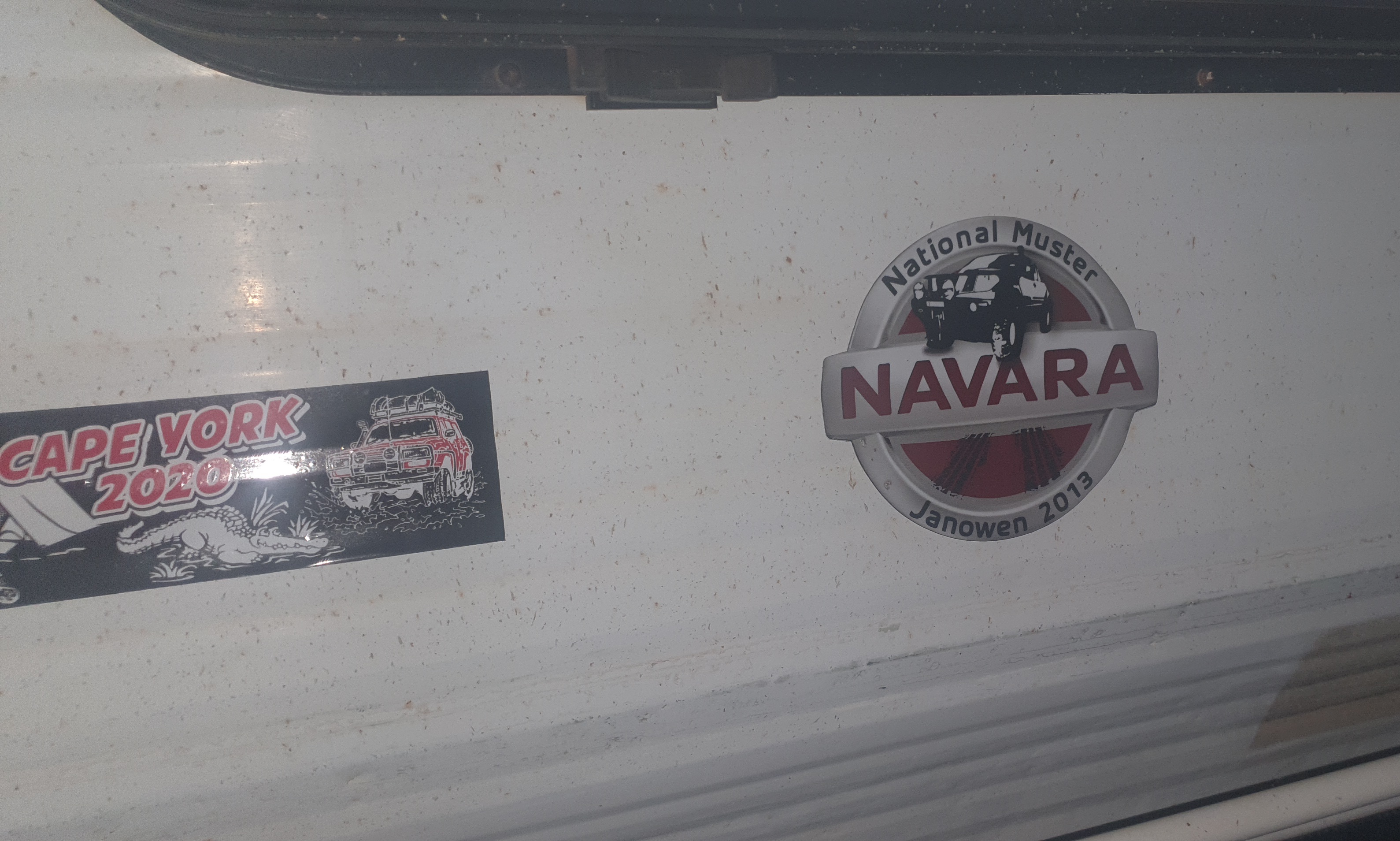 Yeah mate, I have my 2011 muster sticker still on the car, but alas it's really looking rather poorly and it's going to have to come off. Still have the shirt though ... wear it with pride. Actually wear the 2013 one more, because the 2011 shirt was white and it gets dirty when you look at it, much less when you put it on!

Still remember the mistake I made at that muster (before anyone got there). We were towing a 1.8T double-axle van back then, and I saw the entry to the shed and thought it was private property, so I went in the next driveway. I wondered why the Army guys were looking at me really funny as I negotiated a 4WD course towing the van ... until @ljacko78 caught up to me and told me I was in the wrong place - only then I discovered that I couldn't turn around and had to reverse some distance before I could turn around. Not easy, and the entire event still lives in my memory.